New homes are a useful barometer by which to judge the success of a local property market. For one, new homes are often produced as part of major regeneration and investment programmes, which suggest that an area is thriving or soon to be thriving.

Secondly, they’re a sign of increased demand as new homes are often built to boost supply in areas that people want to move to in large numbers.

Lastly, a good number of new homes being built is a sign of a healthy, well-functioning property market, helping young first-time buyers onto the ladder and also providing an investment opportunity in some instances for buy-to-let landlords or second steppers.

But what does the new homes market currently look like across the Midlands?

Below, we take a closer look. 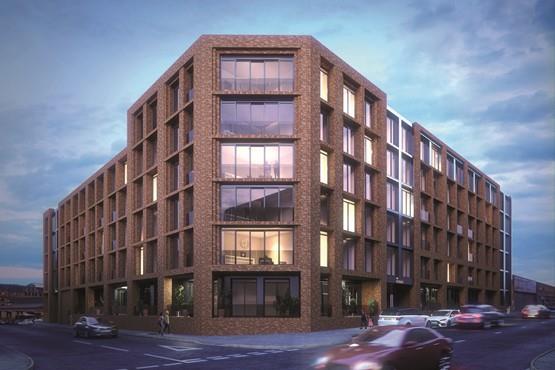 New-builds are especially widespread in major cities which need to keep up with rising demand from an expanding population, and this is definitely the case with Birmingham. The UK’s second city has bore witness to a wide range of developments of late, from redevelopments and conversions to schemes started entirely from scratch – often on former brownfield sites or sites that have fallen into disuse.

This is the case with a 5.5-acre site in Monmouth Road in the Bartley Green area of the city which has earmarked for new homes by Birmingham Municipal Housing Trust. Formerly occupied by four 12-storey tower blocks, it could be transformed into nearly 70 new properties if the plans are given the go-ahead by Birmingham councillors.

Birmingham City Council’s planning officers have recommended the scheme for approval, saying: “This proposal would see the re-use of a now vacant parcel of land for housing in a sustainable urban location and with a policy-compliant number of affordable units.”

Digbeth is also fast becoming a development hotspot, with the upcoming Smithfield Market redevelopment plan well underway and a multitude of apartment schemes appearing in the area, including The Forge, a development of 140, one & two bedroom luxury apartments in the heart of Digbeth, currently available to purchase through Centrick.

Elsewhere, there are plans for a huge new scheme near Tamworth, with plans to build 800 homes on land off Sutton Road in rural Mile Oak, which sites close to Tamworth town centre and Drayton Manor Theme Park. Lichfield District Council’s ‘vision for Fazeley’ in its Local Plan Review unveils a provision for 924 new homes, 124 through existing commitments and 800 as part of a strategic allocation located to the south west of Mile Oak junction.

A public consultation on the idea is now underway, although it has faced local opposition.

“We are currently consulting on our emerging local plan which, amongst other things, outlines potential development across our district through to 2040,” a spokesperson for Lichfield District Council said.

“We understand that some of our proposals may have an impact on neighbouring authorities and will work with them as the local plan is developed and finalised.”

The consultation period, which is running from November 29 2019 to January 24 2020, is ‘the community’s opportunity to get involved and let us know what they think about our suggested policies and proposals’ the council said.

On the outskirts of Birmingham, meanwhile, it was recently revealed by Solihull Council that they could earmark six acres in the borough for housing developments, under a review of brownfield land available in the borough.

Brownfield land, which is land used for previous developments, in particular former industrial sites, is preferred by the government to reach its housebuilding targets and at the same time protect the green belt.

The council is currently completing a review of brownfield sites in the borough, and has added 18 sites to its brownfield register. In all, these could provide 643 new homes in Solihull.

As it stands, the brownfield register in Solihull includes 82 sites, creating a capacity of between 2,026 and 2,875 properties.

Sites already lined up for redevelopment include the National Motorcycle Museum (for 125 houses), Mell Square shopping centre (which could include 200 homes), and the NEC car parks (where up to 600 houses could be built).

Land at Silver Trees Farm, near Ye Olde Saracens Head in Balsall Common, and a house on Lugtrout Lane, Knowle, will be added to the list, the council said.

But it’s not just Brownfield sites that are seeing development in the area. Home Farm Barns, a development of 11 three and four bedroom , luxury barns in the desirable location of Hampton-in-Arden, available form £625,000. These properties are available to purchase directly through Centrick and you can find out more HERE

The East Midlands, too, has its fair share of new homes in the pipeline. In Derby, for example, the green light was given for over 1,000 new homes to be built to the south of the city.

Land north of Snelsmoor Lane, Chellaston, has been earmarked for the properties by Bellway Homes and Clowes Developments, with outline permission secured for up to 800 homes on the site and full permission for 245 homes over two phases.

The new development, set to be called Snelsmoor Grange, will cover 163.2 acres after Derby City Council’s planning committee approved the bid at a meeting on Thursday 21 November. Nottingham, meanwhile, has ambitions to be the UK’s first carbon-neutral city by 2028 – and this extends to the council’s housebuilding plans. The council estimates that approximately 9,400 new homes will be built by 2028, with a focus on energy efficiency and low carbon construction methods.

With the advent of a new decade, the demand for new homes in the region is only looking to increase, with new frontiers opening in the sector and a focus on sustainability. Centrick currently have over 15 new home developments available to purchase across the Midlands and all can be viewed here.

To find out more about our current and upcoming developments, please get in touch with Centrick today. You can also request a free, instant online valuation to see how much your property could be worth on the current market HERE

Property prices forecast to rise in 2020

There is much to look forward to in 2020, if we take Rightmove’s recent forecasts for the...

Help to Buy and Shared Ownership – how could they help buyers?

With some first-time buyers feeling priced out of the property market, many are turning to alternative homebuying...

Birmingham property market update – what do you need to know?

As a property seller, it pays to have a good understanding of the local market you are...