The Budget 2021 – What it means for the Property Industry

Today’s budget was tipped to be one of the most significant for the UK property market in recent history, this afternoon’s address by Chancellor Rishi Sunak has been highly anticipated by property professionals and the wider public since last year.

Now that the dust has settled and people begin to take stock, we round up what the reaction has been from those within the industry. 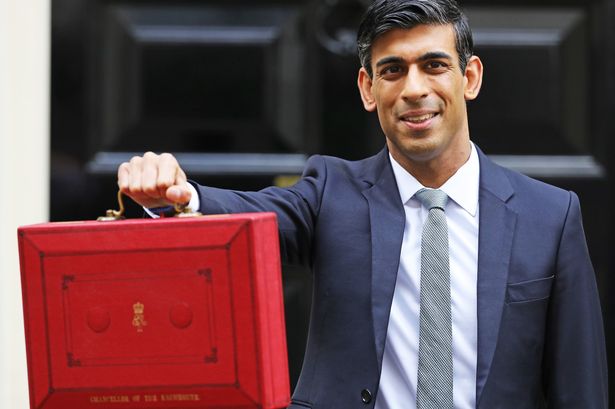 This means that the maximum saving for buyers from the start of July until the end of September will be just £2,500 – sizeably less than the £15,000 saving possible under the current holiday, which continues until the end of June.

So far no details have been released on whether these dates will end with the dreaded ‘cliff edge’ or will be tapered to avoid a last minute disappointment for some buyers. Making the announcement this afternoon, Sunak said: “The cut in stamp duty I announced last summer has helped hundreds of thousands of people buy a home and supported the economy at a critical time. But due to the sheer volume of transactions we’re seeing, many new purchases won’t complete in time for the end of March.”

Chancellor Sunak has also confirmed that there will be government-guaranteed 95 per cent mortgage loans available from next month, on the purchase of properties up to the value of £600,000. He revealed Lloyds, Santander, Barclays and HSBC would be offering the government-backed mortgages for those with 5% deposits from April, and others – including Virgin Money – would be following on shortly after, he said. Sunak continued: “Even with a stamp duty cut there is still a significant barrier to people getting on the housing ladder.”

This scheme, he said, would provide a chance for those who can’t afford a big deposit to buy their own home.

Michelle Andrews, HSBC UK’s head of buying a home said: “We’re delighted to once again be supporting the government Help to Buy scheme.”

“Here at HSBC UK we’re committed to supporting people to get on to, or move up the property ladder. This scheme will make a real difference in enabling more first-time buyers and home movers, with a minimum of 5% deposit, to get the keys to their new home, and we’re excited to play our part in it. Our team of dedicated mortgage advisors will be ready to provide expert advice and guidance on this scheme from the 19 April.”

Nil rate thresholds will be frozen after the planned increases for April 2021 at £12,570 for the basic rate and £50,270 for high rate until 2026. While not increasing personal income tax this will increase the tax paid over time with inflation.

Many people will be relieved that CGT was exempt from any proposed increase in today’s budget. Chancellor Rishi Sunak had been predicted to raise the 20 per cent rate to bring it more in line with income tax rates.

But the change did not transpire – at least not in this Budget, and nor did any changes to inheritance tax.

Camilla Bishop, head of private client at city law firm DMH Stallard, said: “Nothing in the Budget today stops inheritance tax mitigation as we know it. We can still make large tax free gifts, transfer assets into trust and opt to pay the lower rate of CGT on any gains rather than suffer the death rate of 40 per cent IHT.

“As predicted, the big overhaul for CGT and IHT is yet to come.”

– a 100 per cent Business Rates Holiday until the end of June, thereafter business rates will be discounted by two thirds up to a maximum of £2m for larger businesses;

– Furlough to be extended until the end of September, with higher employer contributions from July;

– 600,000 more self-employed people will be eligible for help as access to grants will be broadened;

– £20 uplift in Universal Credit to be extended for another six months;

– No changes to rates of income tax, national insurance or VAT BUT…thresholds to be frozen, meaning long-term ‘stealth taxes’;

– Corporation tax on company profits to soar from 19 to 25 per cent in April 2023, although some relief for smaller companies;

– VAT reduced for hospitality firms to be maintained at five per cent until September;

– Interim 12.5 VAT rate to apply to hospitality thereafter, to the hospitality sector, for the following six months;

– Business rates holiday for firms in England will continue from April until June;

– No rise this year in fuel or alcohol duties;

– Re-opening grants for non-essential businesses of up to £6,000 for most premises, and £18,000 in exceptional circumstances;

– Another £400m to help arts venues in England to reopen and £300m for professional sport and £25m for grassroots football to reopen;

– An additional £19m for domestic violence programmes and £40m for Thalidomide victims;

As always, feel free to get in touch with one of our property experts to discuss how this could affect you and what your best courses of action may be, just click the link here.