The Birmingham Clean Air Zone – are you ready?

Birmingham’s Clean Air Zone (CAZ) is coming on June 1 – when highly-polluting vehicles will begin to be charged to enter the city centre.

The Clean Air Zone – which will cover all the roads within the A4540 Middleway Ring Road but not the ring road itself – will follow Bath’s as the first zones put in place in the country.

The Clean Air Zone is being introduced to tackle a national poor air quality emergency which the city council says contributes to 900 premature deaths in the city per year. 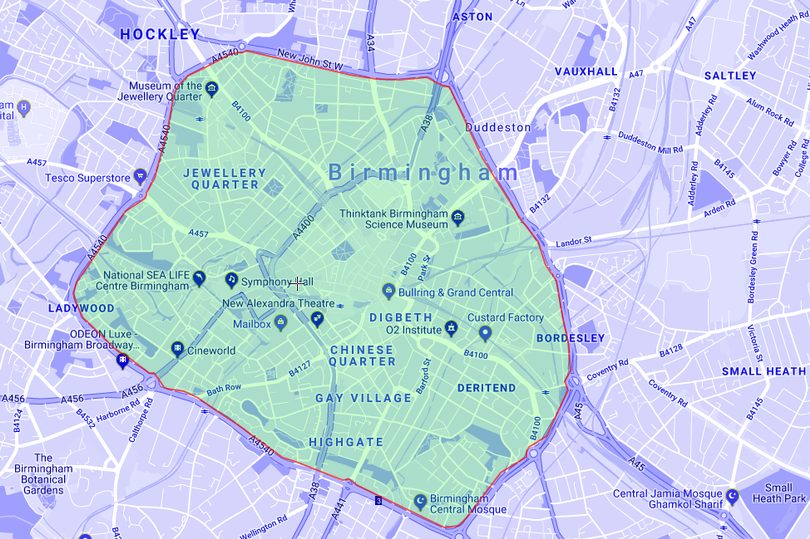 Here’s what you need to know ahead of the launch:

You won’t get a bill to pay

Drivers will not receive a letter or text to tell them they have entered the zone – the onus is on the driver to realise and pay the charge.

There is a 13 day window in which to pay – including six days prior to the visit, the day of the visit and six days after.

There will be around 300 signs around the Clean Air Zone to inform the drivers they are entering.

Vehicles with a disabled or disabled passenger tax class will be eligible for exemptions, but those with a blue badge alone will not be.

Other exemptions are available for motorcycles, show vehicles, historic vehicles over 40 years old, specialist vehicles such as gritters and community and school transport.

There is a two-year exemption if you live here

Other exemptions are available for commercial vehicles registered within the Clean Air Zone and those visiting hospitals in the zone.

People can apply now via the Brum Breathes website.

For cars, taxis and vans the charge is £8 per day, while HGVs, coaches and buses will be charged £50 per day.

Payment can be made online or over the phone using a Government system to be announced.

A day runs from midnight to midnight – not 24 hours hours from entering the zone. Within the day you can enter and leave many times for a single charge.

Miss a payment and you’ll be fined

Failure to pay within the window will result in a fixed penalty notice of £120 reduced to £60 if paid within 14 days.

You can check if you won’t be charged

Not all vehicles will be subject to a charge. Drivers can check whether their vehicle is compliant and therefore will not be charged on the Government’s website.

Examples of vehicles which will not be charged include:

Money raised will be spent on other transport projects

The council has said the money generated by the Clean Air Zone must be spent on transport related projects and policies.

The Local Democracy Reporting Service has previously reported the council intends to use part of the revenues from the Clean Air Zone  on public realm improvements.

These include making parts of the city centre more cycling and walking-friendly – but will not be spent on restoring the “Floozie in the Jacuzzi” sculpture which will instead be funded by the Transforming Cities Fund.

Other possible uses could be controlled parking zones and the hydrogen bus pilot.

Help is available to change your vehicle

The city council has £35 million worth of grants available to help drivers make the transition to the Clean Air Zone.

This includes a “scrappage scheme” where drivers earning less than £30,000 can offer up their vehicle to be scrapped and in return receive £2,000 towards Sprint bus travel or the same amount off the cost of a compliant vehicle.

Other pots of funding are available for SMEs in the West Midlands with HGVs and coaches and Birmingham-licensed hackney carriages and private hire drivers.