Plans to turn a Travelodge in Nottingham city centre into student flats have been given the go-ahead.

Nottingham Hotel Assets lodged plans to transform the hotel on Maid Marian Way into 121 student flats. The company has now been granted conditional permission for the scheme as long as it includes space for 80 bikes and submits a traffic management plan to the city council.

A planning statement reads: “This new development will provide high quality stylish student apartments, in the heart of Nottingham. 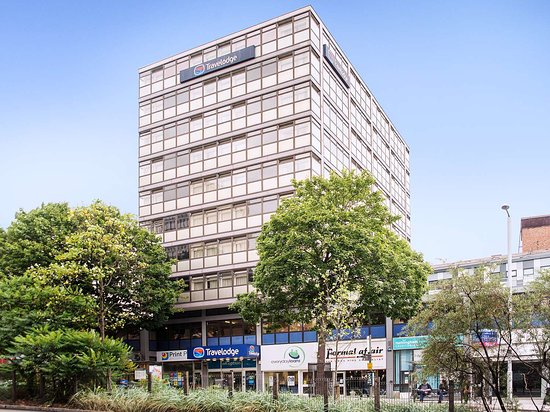 “All public areas will be stylish inviting, and designed to be accessible to all.”

The architect for the scheme, Self, says it will “celebrate the 1970s character of the building”, but that the outward appearance of the 10-storey tower “will change little”.

The statement adds: “By increasing the number of dwellings and therefore the number of residents in the local vicinity, the proposed development of this site will help to support the existing businesses and facilities thus ensuring their long term success, and the sustainability of this urban centre.”

Hilary Silvester, executive chair of the Nottingham Civic Society, approved of the plans, which outline that only minor changes will be made to the exterior of the large former hotel.

She said: “At least if the student accommodation is there then its not taking up a more interesting building. But it is an 70’s block so if there was anything of period it would be interesting to keep, to reflect the era in which it was built to an extent.

“If it’s there it’s there basically, if there’s no grotesque decorations in it or murals so that it can be kept low key that would be good.

“With some of these blocks they try to jazz everything up, because then ten or 20 years later it looks so awful, so it’s better to keep it simple.”

Will Rising Interest Rates Impact My Property Purchase?Creating A Lettings Portfolio In SolihullHow To Choose The Right Letting AgentThe Long-Term Impact of the Commonwealth Games
View All

If you’ve had your eye on the news recently, it will come as no surprise that interest...

The Long-Term Impact of the Commonwealth Games

Large scale sporting events have a history of impacting their local regions prior, during and after the...

A spotlight is being shone upon the West Midlands recently, with the Commonwealth Games putting the focus...