A masterplan to create 5,000 homes and 3,500 jobs on the NEC campus is to be brought forward as part of a hugely-ambitious scheme to create an urban village in Solihull.

The plans would see the construction of 380,000 sq ft of commercial space and 150,000 sq ft of outdoor event space alongside the urban village. A new hotel, restaurants and cafes, as well as a primary school, would also be built. 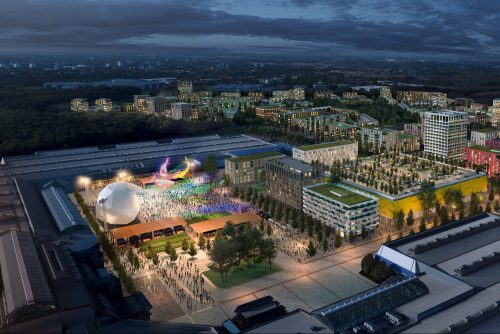 NEC Group chief executive Paul Thandi said the vision is “to create the most unique work, rest, live and play environment for the future”.

It is the first major development scheme to be brought forward in the West Midlands since the pandemic and is a major boost to both the NEC Group and the region.

Thandi added: “Now is the time to be bold and ambitious about the future and harness the power of the real estate we have to offer, whilst simultaneously maximising the benefits of having a young, diverse and entrepreneurial population.”

The urban village is well-placed to benefit from the planned HS2 station, Birmingham Interchange. An automated people mover is part of the HS2 designs, connecting the new station with the NEC campus, Birmingham International station and Birmingham Airport.

The HS2 line from London to Birmingham is currently scheduled to be open by 2033 and the first phase of 2,240 homes on the NEC campus are planned to be completed by 2036.

It is three years to the week since the masterplan ambitions – then badged as nec•city – were first outlined. That was just weeks after American investor Blackstone had completed the £800m purchase of the NEC Group.

However the pandemic has forced NEC’s owners to rip up its expectations, as it had to inject £50m into the business and take an £80m goodwill hit on its balance sheet.

But today’s announcement demonstrates Blackstone’s goodwill and long-term commitment to the NEC and its plans to transform its campus.

Lionel Assant, European head of private equity at Blackstone, said: “This is brilliant news for the West Midlands. We are proud of our partnership with the NEC Group, and today’s announcement shows the positive impact this business has for local job creation and urban regeneration.” 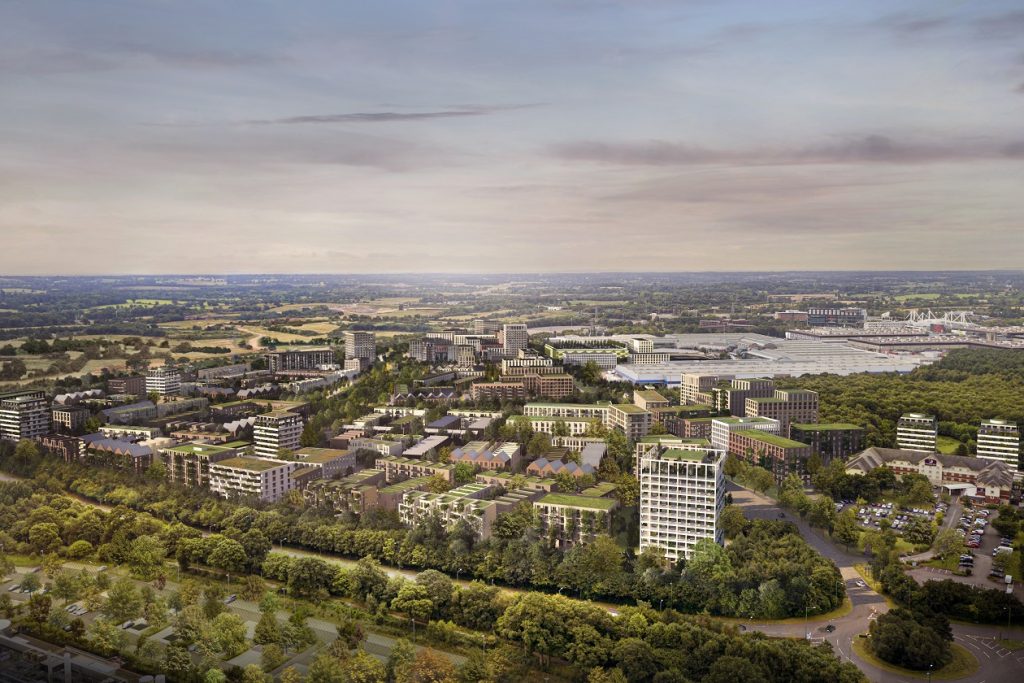 The masterplan that has been set out is designed to include more housing and less commercial space than originally envisioned. It is one of the UK’s largest brownfield residential development opportunities and could become home to 11,000 people when fully developed.

The redevelopment plan will transform 27 hectares of car parking and surplus land that is owned by Birmingham City Council, which sold the NEC Group for £307m to LDC in 2015.

The masterplan has been produced by NCL Developments – a Warwickshire company run by Birmingham City Council’s former director of planning and regeneration Waheed Nazir and its former assistant director of planning Richard Cowell – in partnership with Glenn Howells Architects.

Buy-to-let lenders remove minimum income requirements to attract retireesNew builds must have electric charging stations from next yearRents to rise yet again in 2022 forecasts ZooplaPlans for ‘unique’ 5,000-home urban village revealed
View All

A number of buy-to-let mortgage providers are dropping minimum income requirements to attract silver landlords to the...

New builds must have electric charging stations from next year

All new build housing must be fitted with electric vehicle charging ports from 2022, the government has...

Rents to rise yet again in 2022 forecasts Zoopla

The long term undersupply of rental properties across the country is expected to support rental growth into...